Since 2016, the team of the Centre for Thoughts of John Paul II has been working on the project of the JP2online portal, an innovative search engine for materials related to John Paul II. The portal will officially be launched on 18 May 2020, on the hundredth anniversary of Karol Wojtyla’s birthday. It includes multimedia, photographs, films, documents, papal texts, articles on the life and teaching of John Paul II. All materials about the Pope in one place on the Internet is the aim of JP2online.pl. The portal will initially be available in Polish and English, but the Spanish and Ukrainian versions are also being developed. Some of the collections will be available for download and use in non-commercial educational, research and popularization projects.

JP2online offers a modern search engine for multimedia, documents and papal texts, a multimedia biography of John Paul II, thematic publications devoted to various aspects of the Pope’s life and teaching, a catalogue of papal materials in the archives of state and church institutions, papal organizations and individuals. Although the whole portal is a real treasury of information about John Paul II, it is worth paying special attention to the multimedia biography, encourages Anna Olesiak, the Head of the Digital Resources Department and project coordinator at the Centre for Thoughts of John Paul II. With the help of interesting images, animations, audiovisual materials and text we would like to show the events, people and places that shaped Karol Wojtyła as a man and future pope. Seven chapters of his biography, which we will gradually reveal to the public starting from May 18th ( his date of birth, 1920) to October 16th ( the date of conclave in 1978), tells about the successive stages and aspects of Karol Wojtyla’s life which led him to the Holy See. We called them: Lolek, Karol, Priest, Uncle, Shepherd, Professor and John Paul II.

Some of the materials illustrating this rich biography will be premiered here, and many others have not yet been known to the wider public. There will also be a lot of curiosities and mysterious moments. Among other things, Internet users will find out why Karol Wojtyla defended his doctoral thesis in Rome, but did not receive a degree; what conspiracy organization he joined during the German occupation in 1940; and what happened to him after a serious accident when he was hit by a truck in 1944.

The portal itself also contains lots of interesting, premiere materials, including unique recordings of Karol Wojtyła’s statements at meetings of the Polish Bishops’ Conference of 1968-78 from the resources of the Warsaw Archdiocese in the form of audio files. Amidst the nearly one thousand of the gathered Polish Radio broadcasts, the attention of the listeners will be attracted by numerous “hot” comments after the assassination attempt on John Paul II, as well as the statement of the Primate of the Millennium recorded shortly before his death. In our collection there is also a document from 1946 found at the Institute of National Remembrance in Cracow, where 26-year-old Karol Wojtyła is mentioned. This is the first reference to the future Pope recorded by the organs of the communist security service.

For the Centre for Thoughts of John Paul II, responsible for promoting the thought and teachings of the Pope, the opening of the portal is a new stage in building a culture of remembrance of the Pope. We are an institution that is responsible for bringing papal thought into reality in an innovative way. We are not indifferent to the changes that shape the reality, including technological ones, says Michał Senk, Director of the Centre for Thoughts of John Paul II . That is why a few years ago, looking ahead to 2020, we took the effort to create JP2online and thus develop resources related to the person and teaching of John Paul II on the Internet. In the middle of this digital world we put our Pope with all his richness of teaching, with texts, documents, films and photos that show how deep and valuable his life was and how his pontificate changed Poland and the world. Michał Senk continues, I am proud of my team, whose efforts have led to the fact that today, on the 100th anniversary of Karol Wojtyła’s birthday, and additionally, during the difficult time of the epidemic, the Centre is launching a virtual centre of knowledge about who he was and what John Paul II left to us.”

The portal is directed to those who popularize John Paul II’s thought and educate (catechists, educators, artists, film producers, journalists, cultural animators) as well as academics researching and analyzing the legacy of John Paul II. Thanks to intuitive solutions for the content search, the portal will also be a useful tool for all those interested in the life and ministry of the Pope.

WE COLLECT THE SCATTERED

In the years 2016-2020, the project team of the Centre for Thoughts of John Paul II developed a number of projects, including the following: 16,000 pages of archival documents, 5,000 photographs, 100,000 minutes of radio recordings, 700 hours of video recordings. This material will be systematically made available on JP2online and the number of partner institutions will increase.  Along with the publication of the next language versions of the portal, foreign archives will also follow. Work on sharing the legacy of John Paul II from the resources of current and future partners is planned for many years to come.

Jarosław Szarek, PhD President of the Institute of National Remembrance – I believe it was  such a great idea that the portal has been created with a view to showing films, photos, documentaries that bear great testimony that one man and what happened behind him could break the system of evil.

Fr. Maciej Zięba, PhD President of Tertio Millennio Institute – The Centre for Thoughts of John Paul II has undertaken an epoch-making work. It has, at least, the measure of a century, and maybe even more. Integrating such extensive material is incredibly important, but also a demanding challenge. That is why we will gladly support this work.

Wojciech Woźniak, PhD General Director of the State Archives (statement of May 2018, from the beginning of cooperation) – A lot of work ahead of the State Archives and the Centre, since we have hundreds of kilometres of documentation to search. I believe that we will find really valuable materials there and be able to exhibit them.

Fr. Andrzej Majewski SJ, Polish Radio S.A. – I don’t want to explain why Polish Radio is involved in this project. I’d rather have to explain if it wasn’t involved. For it is obvious that the Polish Radio as a public broadcaster with unfathomable archives cannot be uninterested in showing the treasures it has in its resources.

Project implemented under the patronage of the Polish Bishops’ Conference.

Co-financed by the Minister of Culture and National Heritage from the Culture Promotion Fund. 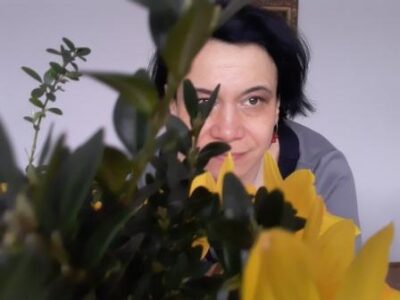 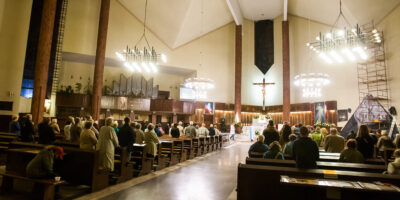 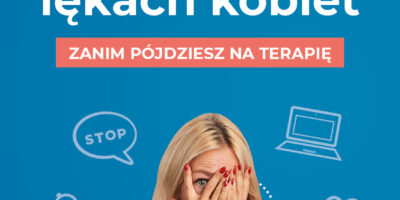 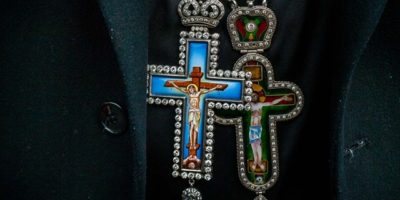 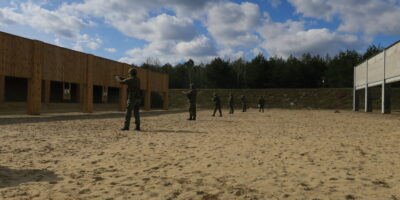 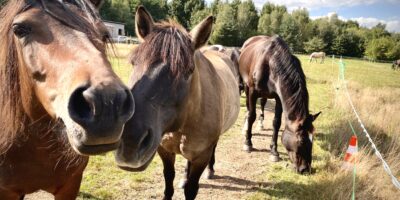